We often hear of problems associated with package tour holidays and customers' attempts to gain compensation. and the collapse of aa major tour operator in 2019 (Thomas Cook) was just one of several which have happened in the last few years, though the others were smaller and less well reported. In general, if a booking is made with an ABTA registered tour operator, the holidaymaker will be financially protected. It is more  complex when something goes wrong with a holiday itself. It is important, therefore, to know what is and what is not a package tour for the purposes of working out who is responsible if things go badly wrong.

Fortunately, the European Court has recently given a judgment which clarifies matters. The case involved a family seeking compensation after a Club Med holiday was ruined by a wasp infestation.

The court decided that a package tour is one that includes 'tourist services', sold at an inclusive price, where two or more of transport, accommodation or 'other services' are included and where these are arranged at the time of the original sale. This would exclude, therefore, a holiday for which the hotel and flights are booked separately.

The Government published guidance for package tour operators outlining the definition of a package tour. In this context, a 'package' means the pre-arranged combination of at least two of the following components when sold or offered for sale at an inclusive price and when the service covers a period of more than twenty-four hours or includes overnight accommodation:

a) transport;
b) accommodation;
c) other tourist services not ancillary to transport or accommodation and accounting for a significant proportion of the package, and:

The principal legislation relating to package tours is found in the Package Travel, Packing Holidays and Package Tours Regulations 1992.

In 2012, travellers were given enhanced compensation rights for travel delay and cancellation for travellers leaving the EU with any airline or arriving in the EU from a carrier registered in the EU, Iceland, Norway or Switzerland.

In May 2014, two significant cases were decided in which airlines were ordered to pay compensation for long delays suffered by passengers due to mechanical failures on aircraft. In the first case, the court decided that these were not exceptional circumstances (as, say, the volcanic dust cloud was in 2010) which would exclude them from liability. In the second case, the court ruled that the time limit for making a claim was the general UK lime limit of six years, not two as argued by the airline.

A series of decisions in 2016 have also made it clear that the courts will act vigorously to uphold the legal rights of travellers incorrectly denied compensation by the airlines.

In 2017, a couple who suffered serious illness on holiday as a result of eating contaminated food, but  who would have been denied compensation because the hotel was not neglient in its food hygiene and preparation standards, won compensation using general consumer law, arguing that the food that made them ill had been sold to them and was not fit for purpose because of the contamination. 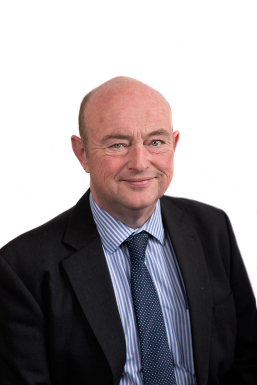 If your holiday was a disaster, you may be entitled to compensation. Contact me for further advice.
The contents of this article are intended for general information purposes only and shall not be deemed to be, or constitute legal advice. We cannot accept responsibility for any loss as a result of acts or omissions taken in respect of this article.

We're here to help. Just fill in this simple form and one of our experts will get back to you as soon as possible.

The vexed distinction between 'workers' and 'independent contractors' could hardly be more important for many businesses but remains perennially controversial. An important ruling of the Court of Justice of the European Union (CJEU) is likely, however, to...
Read more

Contract adjudicators' awards, even if disputed, must generally be satisfied straight away. That principle – often referred to as 'pay now, argue later' – was applied by the High Court in ordering an immediate six-figure payment to a small...
Read more

Some cookies are essential, whilst others help us improve your experience by providing insights into how the site is being used. The technology to maintain this privacy management relies on cookie identifiers. Removing or resetting your browser cookies will reset these preferences.